3 Scary Diseases Your Dog Can Get From Ticks

Ticks are small arachnids that feed on blood and are often encountered in forests or other areas with thick vegetation. It's well known that ticks can give humans lots of diseases, but many people don't realize that dogs are also at risk. A bite from a tick can transmit dangerous diseases to your dog, causing severe sickness or even death. Here are three diseases to watch out for.

Lyme Disease is one of the most well known tick-borne diseases, and it's been found in dogs across the United States. The firs symptom is joint inflammation, so you may notice that your dog is limping or dragging on of its legs. Your dog may also be stiff throughout its body, and you will notice that its posture looks strange when it walks. In some dogs, the inflammation is constant, while in others, it will only last for a few days and then reappear weeks later.

The other symptoms of Lyme Disease are much more serious. Kidney problems are a common symptom, especially in certain dog breeds like Labrador retrievers and golden retrievers. Kidney failure comes on suddenly and is life threatening. Your dog will vomit, have diarrhea, and will be much thirstier than normal. If you don't get to an emergency vet right away, your dog could die.

Lyme Disease is treated with antibiotics such as doxycycline or amoxicillin. The antibiotics take effect quickly, but your dog may need to take them for several weeks to completely clear the infection.

Canine ehrlichiosis, also known as canine hemorrhagic fever, is a serious disease that your dog can get after being bitten by a tick. It has been found in every state in the United States. The symptoms start between one and three weeks after the initial bite, and can last for between two and four weeks. The virus stops your dog's blood from clotting, so the first symptom, you notice may be bruising. Later, your dog will have a fever, be tired, and not want to eat their food. Many dogs can recover fro, this stage of the disease, while others will continue getting worse.

Dogs that go on to develop chronic canine ehrlichiosis will suffer from neurological problems, weight loss, and bleeding. Th virus can also spread to the kidneys or liver and cause failure of those organs. Fortunately, this disease can be treated with a variety of medications, so as long you get your dog to the emergency vet before the symptoms become sever, it should be ok.

Canine Anaplasmosis, also called dog fever, is a serious disease that your dog can get from deer ticks. The symptoms are very similar to Lyme Disease, so the emergency vet will need to run blood tests to figure out which I'll was your dog has. It's also  possible for dogs to be infected with Canine Anaplasmosis and Lyme Disease at the same time.

Canine Anaplasmosis keeps your dog's blood from clotting, so your dog may develop lots of bruises, bleed, or even hemorrhage. Neurological symptoms such as seizures are also possible, and your dog may have trouble breathing. These symptoms are serious and require the immediate attention of a veterinarian.

This disease is treated with supportive care and antibiotics, just like the other diseases.

Ticks can make your dog very sick. If you walk your dog in wooded areas, always check your dog for ticks afterwards, and stay alert for signs of these serious diseases. If you notice these signs, take your dog to an emergency vet right away. 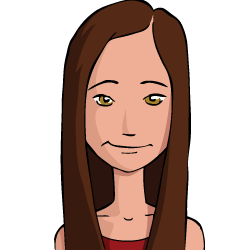 Hi there, I am Pattie Baum. Welcome to my site about veterinarian services for small animals. Many vets who regularly treat dogs and cats do not feel comfortable applying their techniques to small animals like ferrets, rats, and guinea pigs. Thankfully, there are specialty vets out there who trained to diagnose and treat those animals specifically. Many people are not aware of the specialty vet locations throughout their region. I will help people identify and locate a suitable vet for their small critter by providing helpful information on this site. I will discuss health problems the vets can diagnose and treat. I will also explore ways to keep your pet healthy by providing a balanced diet and preventive care. Thanks.